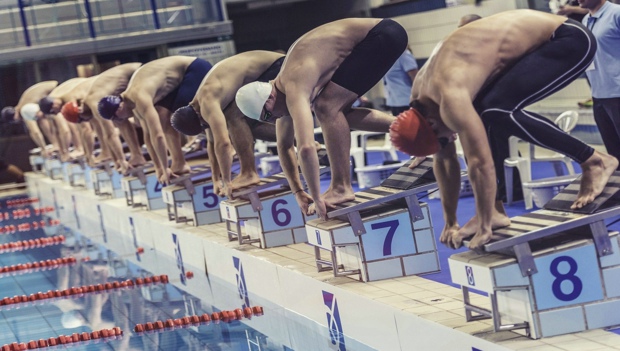 Swimmers looking for an edge in the water should look to the road or even the trail. It doesn't matter, as long as they're running.

"Really there's nothing better than running to improve your endurance in the water," says Laurie Jackson, an American Council on Exercise certified personal trainer based in Tucson, Arizona. "Running helps with your stamina and gets your heart rate up."

Unlike other cardio routines like step aerobics, the cadence in running is constant. Plainly put, it's easier to sustain your heart rate. Plus, it's simple to do, there's no hand-eye coordination involved and you don't need a lot of gear, says Jackson, who also is a certified running coach through the Road Runners Club of America.

"It's one of the purest and simplest forms of exercise that works your whole body, adds power and stamina."
Jackson suggests competitive swimmers add a 30-minute run—that's including a five-minute warm-up and cool down—up to three times a week to their normal workout routine. Aim to run 75 percent to 85 percent of your max heart rate.

More: 9 Good Reasons Why You Should Get in the Pool

"Any kind of ab workout will help your swim," she says. "While you're swimming you want to engage those muscles, and not let the belly stick out. If you do, your legs are forced to work a lot harder."

Jackson says swimmers can complete any combination of four abdominal exercises in a single workout. Individuals should do two sets of each exercise. Here is one of Jackson's favorites.