10 of the Most Famous Triathlons Outside the U.S. 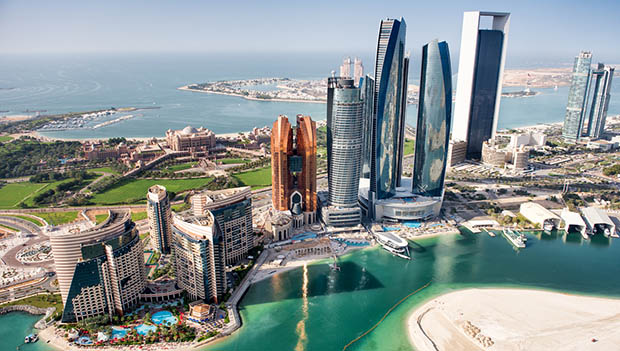 From the IRONMAN World Championship to Escape From Alcatraz, the United States is home to some of the most iconic triathlons in the world. It makes sense—modern triathlon (as well as IRONMAN), was born here, and the sport has reached unprecedented levels of popularity in recent years. But besides these famous domestic races, there are plenty of must-do events outside of the country for triathletes with the travel bug or those looking to expand their horizons.

Come for the race, stay for the culture and cuisine—here are 10 of the most famous triathlons outside the U.S. to add to your race calendar.

This just might be one of the most picturesque triathlons ever. While remote, the Laguna Phuket Triathlon is a must-do for anyone who loves both triathlon and traveling. The water is as clear as it gets, the ride is flanked by jungle landscapes and the run returns back to the luxury hotel area. The race celebrated its 25th anniversary in 2018 and has no plans to stop anytime soon.

Deemed the UK's fastest-selling triathlon, this half-distance race sells out within minutes of opening every year. Why? It's a fast, scenic course that's easy to access, great for spectators and includes on-site camping and plenty of nearby hotels. If you can't get an entry through the online portal, you can secure a charity entry through their charity partner, Cancer Research UK.

There's a reason the French Alps are famous in the cycling community—they're long, relentless climbs with some serious history. Triathletes need not feel left out, the Alpe d'Huez Triathlon offers a handful of race formats (short distance, long distance and duathlon) for all skill and expertise levels. Of course, climbing is a central theme here and triathletes will face brutal climbs over the Alpe du Grand Serre, Col d'Ornon and Alpe d'Huez.

From professional cycling to golf tournaments, Abu Dhabi has quietly become one of the world's premier sporting destinations. The first stop on the ITU World Triathlon Series itinerary, the Abu Dhabi International Triathlon also holds an age-group race, with around 2,600 athletes toeing the line. The course is challenging—it features a beach start, ride through the city (and an F1 track) and a hot, exposed run. The ITU Grand Final will be hosted in Abu Dhabi in 2022, so mark your calendars and get your travel plans in order!

Its toughness and its remoteness have defined IRONMAN Lanzarote as an utterly epic race. Located off the coast of Africa, Lanzarote is known for the stark contrast between the rugged volcanic landscapes and the tropical beaches. The bike leg is what participants come for—it features over 8,000 feet of climbing mixed with relentless winds and tons of exposure.

Noosa Triathlon is the largest Olympic-distance race in the world and is considered Australia's highest-profile triathlon. That's saying a lot—Australia is home to some of the world's best courses and professional triathletes. While we can go on and on about the course, one of the biggest draws is the five-day event surrounding the race. There are tons of activities for athletes and their families to enjoy, all focused around healthy lifestyles, fitness and fun.

Besides the IRONMAN World Championship in Kailua-Kona, Hawaii, IRONMAN New Zealand is the most storied IRONMAN currently hosted. This iconic race celebrated 35 years in 2019 and has been a mainstay in the triathlon community due to its beautiful course (especially the pristine lake swim), spectator support and easy access. Most impressively though: More than half of the field comes from outside the country each year.

Sure, "extreme" is thrown around quite a bit in the triathlon scene, but this Norwegian race truly is. It's the ultimate test of not only endurance but dealing with the elements as well. Participants will face a jaw-clenching jump into the cold water of the Hardangerfjord, then will have to deal with over 17,000 feet of elevation gain through the bike and run courses. Long story short, this race is not for the feint of heart.

The London Triathlon is the largest in the world, with over 11,000 participants and 30,000 spectators each year. This two-day event features four different race formats (super sprint, sprint, Olympic and Olympic plus), and athletes will race around some of the most iconic landmarks in the area. If you're up for an even greater test, the Weekend Warrior challenge allows participants to complete as many races as possible during the entire event, crowing the athlete with the highest total the Warrior.

Challenge Roth is truly a triathlete's triathlon. It's known for both the blistering fast times in both the men's and women's professional fields (former iron-distance records were set here) and the overwhelming spectator support. It's not uncommon to see over 200,000 fans cheering on the athletes as they make their way through the course. Challenge Roth has been around for over 35 years now, so the Roth community is super swim-bike-run friendly.

READ THIS NEXT: 9 Bucket List Triathlons to Do Before You Die