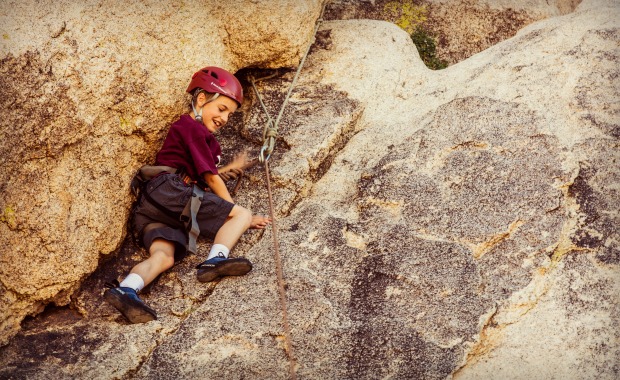 National parks have a way of extracting quiet appreciation in adults. But when a mob of children descended en masse on Joshua Tree National Park to camp for the first time, they displayed their delight for nature’s mystique another way: with wide-eyed shrieking and laughter.

The stark desert landscape probably didn’t know what hit it when Coleman recently partnered with the National Park Service to gift 60 underserved children the opportunity to camp for the first time.

Neither did I, for that matter; and I walked away with a new appreciation for our national parks as viewed from the eyes of these youngsters.

The Gift of Camping

The 60 lucky kids, all part of the Boys and Girls Club from the surrounding San Bernardino area, entered the park hand-in-hand with their parents, ready to experience a full 24 hours in one of the nation’s most popular national parks. A giant inflatable Coleman lantern and colorful domed tents that weaved through the park’s famous rock formations greeted the first-time visitors.

The accommodations, in typical Coleman style, weren’t too shabby, either. The tents were furnished with air mattresses, LED lanterns and hydration packs—all of which were donated to the Boys and Girls Club at the end of the trip.

“Everything [Coleman] provided has been amazing,” Kristine Perrance, executive director of the Boys and Girls Club, said. “This has truly been the opportunity of a lifetime, and we’re all overwhelmed with joy.”

As soon as the caravan of cars reached the campsite, the kids took to scrambling like mountain goats take to—well—scrambling. They rushed through the dinner line to strap on their helmets and suspension gear while the rest of us watched the scene unfold. The park’s giant boulders looked all the more imposing against the diminutive frames of the climbers.

When night fell, a telescope pointed up at the starry sky, where kids could see Jupiter and all its moons. Other children partook in activities that were a little less galactic but arguably just as inspiring: roasting marshmallows by a roaring campfire and singing songs with award-winning singer/songwriter Dani Strong. 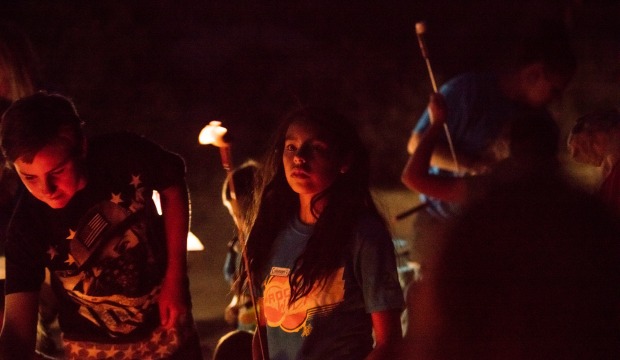 Mary Rivers, a single mother of three, got misty-eyed when she talked about the experience—something her children would have otherwise never had.

“(My children) are just like, ‘Oh my God,” Rivers said. “The smiles on their faces have been amazing.

“We could’ve stayed home and done nothing, but here they are, experiencing something incredible.”

One of Mary’s daughters, 12-year-old Kierra, approached us decked out in climbing shoes, a red helmet and a suspension harness. She had just finished one of her many trips up the park’s large boulders.

“I’ve never been camping,” Kierra said. “And to be here with my family is a blessing.”

Mary remarked that Kierra had always been shy—yet, here she was climbing, laughing and talking up a storm.

Despite the generalization that recent generations are too dependent on technology, these children seemed to have an affinity for the natural world around them.

“All kids love being outdoors,” Rivers explained. “It’s amazing to see how much they’ve taken to it, and they’re far more active than I ever was.”

She and her three children live in Yucca Valley, a small city of 20,000 residents that borders the 790,000-acre national park. Yet, because of economic factors and lack of available leisure time, this is the first time they’ve stepped foot as a family into their neighboring wonderland.

The children loved Joshua Tree National Park; they loved singing campfire songs; they loved learning about the park’s wildlife; they loved making s’mores; and they had an appreciation for it all.

“This is a lot more than a one-day party,” Jeff Reinhold, NPS Assistant Director for Partnerships, said. “This is about giving these kids great memories that’ll last a lifetime.

“And maybe they’ll tell kids at school, and it’ll pique their interest, too.”

And Rivers’ other kids?

Well, they want to put a tent in their living room.