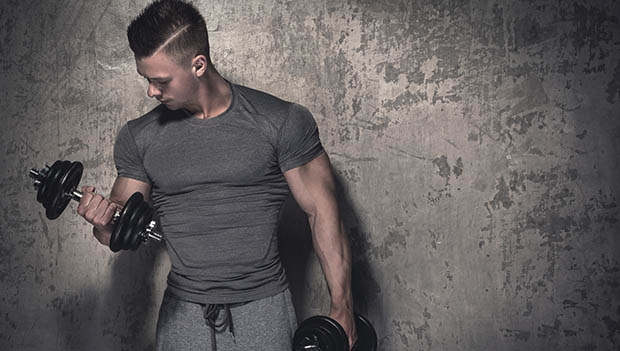 When we asked top trainers from around the world which exercises make them cringe, we got an earful! There were so many exercises they recommended modifying or scrapping altogether that we couldn't fit them all into one article. No worries, though—we have the rest of the roundup right here. Read on to learn about five more exercises you should skip, and which ones to do instead.

Tyrone Minor, a 20-plus year fitness pro who runs The Fit Lab in Falcon Heights, Minnesota, calls out this leg machine exercise as one of the worst. "This is where we get into functionality," he explains. "First and foremost, there's no time in life that you're going to have weight and need to lift it by extending the legs like that. For the stress it creates, it's not really worth doing."

So how can you target the upper legs? "To work the quads, you can get much more bang for your buck by doing squats, step-ups and lunges—compound movements to engage various muscle groups." Minor particularly likes to have his clients squat while squeezing a small stability ball between their knees, to cue the right muscles and nail down form, progressing them to barbell front squats as they get stronger.

If you look at them, the bicep curl and the leg extension look a lot alike: You're moving a weight at the end of a limb around a single joint, and there also aren't many situations in daily life when you need to perform a curl. "I don't mind bicep curls—for purely aesthetic purposes," Minor says, "as long as you're not using too much weight. Once you start swinging the weight around, you know your ligaments aren't going to be able to support that. I rarely do them."

Pam Sherman, coach and owner of The Perfect Balance in Roseville, California, eschews bicep curls for a different reason altogether. "I hate seeing people grabbing light dumbbells and only doing bicep curls. This is really geared toward women—they are strong, but the myth of getting big, bulky muscles is at the back of their minds. I want to tell them, 'Lift heavy!' They will never get big, and it will boost their metabolism.

Sherman likes push-ups for building upper body strength, and she also coaches her clients to do chest presses and shoulder presses. All of these are complex movements, recruiting a number of different muscles and mimicking movements we do throughout the day. To target the biceps specifically, Minor prefers inverted rows and chin-ups.

A complex exercise that involves lifting a kettlebell overhead from a lying position and then standing up, the Turkish Get-up is one of the most complex and potentially beneficial moves out there. It's the complexity that makes Jake Harcoff, of AIM Athletic in Langley, British Columbia, Canada, cringe.

"While the exercise itself is great at targeting the entire body in one movement, as well as a metabolic stimulus, it is also very complex technically, which makes it very easy to miss a step." The consequences of a "missed step" when hoisting a heavy weight overhead are numerous—none of them good.

"When I look at a Turkish get-up, I actually see several different exercises combined into one," Harcoff explains. "You have the reverse lunge, the half-kneeling windmill, the bridge and finally the arm bar. For someone who hasn't done many Turkish get-ups in the past and wants to do them competently, I suggest breaking the movement down and practicing each component individually at first. Once proficiency is achieved in each aspect of the move, I would then combine them into top and bottom parts of the move, and finally bring it all together at the end."

Another of Harcoff's least favorite moves is one that targets the backside—hip thrusts. "I cringe at how poorly this exercise is often executed in the gym and on social media," he says. "Most people I see simply lift their hips toward the ceiling without any intention, resulting in a contraction of the erector spinae muscle (lower back) more than anything else."

"To do a hip thrust properly, it's necessary to lock the lower spine in place by slightly tucking the hips under at the bottom position," Harcoff says. Then, at the top of the movement he says, "Rather than making a hard contraction at the top of your butt, the squeeze should be where your thighs and butt meet. If you do this right, you probably won't need much weight at all to get a solid booty-burn."

Like the deadlift and Turkish get-up, Brett Durney, of London's Fitness Lab says that kettlebell swings are, "a totally awesome exercise, and when performed well can be an excellent addition to any lower- or full-body workout routine." However, "it requires skill acquisition first, and then mastering prior to entering into your weekly workout routine."

Durney's form tips for this exercise are simple yet very specific. "With kettlebell swings, understanding the difference between hinge pattern movements and squat pattern movements is essential." Although the differences are subtle, he stresses that they're very important "In a hinge the movement comes more form the hip, and in a squat the movement comes from both hip and knees. The kettlebell swing is a hinge movement, and it's important that the hinge pattern is used to fire the correct muscles in the posterior chain: erector spinae muscles, glutes and hamstrings mainly."

To get this movement down, Durney recommends practicing it using only bodyweight first, then progressing to a lighter weight and eventually heavier weight kettlebells.

READ THIS NEXT: Exercises That Make Trainers Cringe