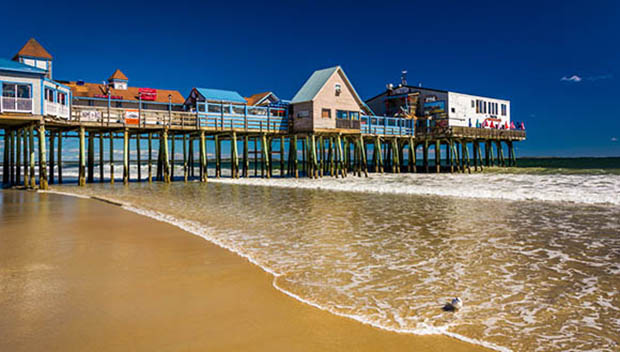 There's no better time on the race calendar for a half iron-distance triathlon than when the leaves are just beginning to turn. You can get in one last hard effort before tying a bow on your season and gearing up for the holidays.

Unlike a late season full-distance triathlon, however, training for a 70.3 means you won't miss out on as many non-triathlon summer activities. Put one of these late season races on your calendar, then slowly roll off your pool float and start training as the temperatures begin to cool off.

With nearby wineries, beaches and golf courses, Benton Harbor is the ultimate destination to unplug and relax post-race. The swim takes place in Lake Michigan, the bike winds through wineries and orchards and you'll run the final leg in nothing but shade. What more could you ask for?

Family friendly, coastal waters and a flat and fast course makes this a 70.3 race you don't want to miss. With white-sand beaches, arcades and amusement rides filling this small costal town, there's plenty of fun to be had at Old Orchard Beach besides just the swim-bike-run. But the course isn't too shabby either, with an out-and-back run leg, ideal bike course for fans of flat and hilly alike and soft sand swim start. Can it get any better than this?

Make sure to pack a wetsuit for this famous swim in what was formerly called the Big Kahuna Triathlon. You'll brave the choppy waters off the Santa Cruz Pier before heading out along the shores of Santa Cruz for a flat bike and quick run featuring breathtaking views of the California coastline at literally every part of the course. Make sure to grab some funnel cake along the Santa Cruz boardwalk after the race—you'll have earned it.

What's better than one late season half iron-distance race? How about two in one weekend! At the Incredoubleman, you can do just that (if you want). With one race on Saturday and another on Sunday, many people opt for the true "Incredoubleman Challenge."

This growing race series finishes off its season with a championship race in Harriman, New York. Located entirely within Harriman State Park, this race starts with a swim in Lake Welch before heading out on a two-loop, largely flat bike course and net elevation loss run (which means make sure you practice that leg turnover!). This race attracts high-caliber age groupers, so make sure you bring your "A" game.

A triathlon benefitting many military-friendly charities (including the Navy SEAL Foundation), the SUPERFROG is a long-standing San Diego race that takes part along the same shores and roads used by Navy SEALs during training. Expect a cold swim followed by pancake flat bike and run legs—the perfect opportunity to push yourself in honor of those who serve our country.

You can't get more of a later season 70.3 here in the States than the HITS Championship in Palm Springs. With a calm swim and speedy bike and run courses—you can get in that half iron-distance PR just in time to trim the tree and fill up on holiday cookies guilt-free.

IRONMAN 70.3 Waco is about more than just the swim-bike-run. With so much to do in the central-Texas town—from the Cameron Park Zoo to the Mammoth National Monument fossil site—this triathlon is the ultimate race-cation in the making. But back to the important things. The swim takes place in the Brazos River and passes below the picturesque and historic Suspension Bridge before continuing onto the bike—a single-loop course through the Waco wetlands. With a gradual incline and fast descent, it's one of the more appealing 70.3 bike segments on the half IRONMAN schedule. Finally, athletes wrap up their race on the double-loop run course, which crosses over the Brazos River and through Cameron Park before finally finishing on the oldest suspension bridge in the southwest.

READ THIS NEXT: The Perfect IRONMAN 70.3 Taper Plan