Making it to the starting line of the U.S. Women's Olympic Marathon Trials is a major accomplishment, but for female competitors with full-time jobs and families, the challenges to get there are especially great.

Whether they are raising children or climbing the corporate ladder, these four women don't slow down when they’re not running.

All of them plan to compete at the Olympic Marathon Trials on February 13 in Los Angeles. Here are their stories. 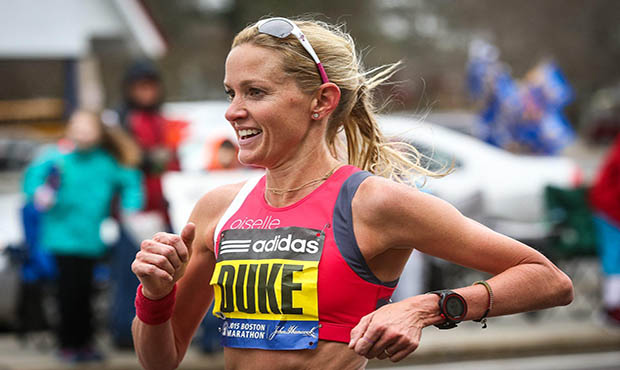 Occupation: Mom of 3-year-old daughter, Madeline, and 7-year-old son, Noah; College professor with a doctorate in sport communication and management

The Balancing Act: Until last year, Duke was juggling the needs of her two children, a full-time teaching schedule at both the University of the Incarnate Word and Trinity University in San Antonio, and marathon training.

Realizing she couldn't improve her running without a major change, Duke, who runs for Oiselle, decided to take a year off from teaching.

In between dropping off and picking up her kids from school, Duke manages to do workouts, strength sessions, grocery shopping and household chores. In the evening, she cooks dinner and gets the kids ready for bed.

"There are times when I fall asleep in their bed putting them in bed," she says.  She is usually asleep by 9 p.m., but since discovering Sons of Anarchy on Netflix, she jokes that she has been feeling rebellious.

She schedules her long runs for Fridays so she can have her weekends free for her kids' activities.

"They give me perspective," she says. "If there are days I have a cruddy workout, and I come home to them, they are giving me hugs and want to read books. I pick them up and I say, 'Does it matter? No, I have my kids.'"

As much as she enjoys focusing on running and her children, Duke hopes to return to her communications career.

"I have to have an identity outside of running," she says. "I am anxious to get back."

Trials Goal: Duke says the Trials marathon will mark the end of road racing for her.

"I want to end it on a really strong, beautiful note," she says. "To me, that’s a controlled, solid race."

So what will come next for Duke? Obstacle course racing.

"It’s a new challenge, a new world," she says. "I’m closing a chapter on running, and I'm opening an incredibly awesome new book."

She plans to compete in her first Spartan race in April.