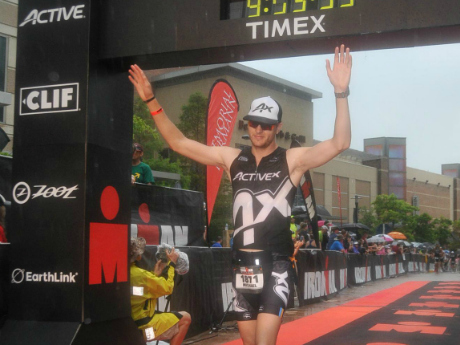 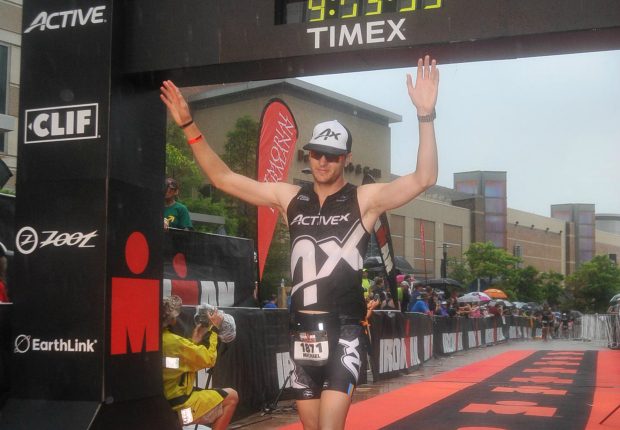 Join our triathlon editor Thursday, June 16 at 3:15 p.m. ET as he recaps his race at IRONMAN Texas and answers your training questions.

Let's just say May 14th was a day to remember.

But for anyone unfamiliar, this year's edition of the IRONMAN North American Championship was marred in controversy months before we ever got to race day.

Technical details aside, local opposition forced race organizers to scrap the original 112-mile bike course and get last-minute approval over a new version—only to have it shorted to 94 miles and rerouted due to significant flooding in the area.

For a race that costs over $700 and includes countless planning and training hours, does completing only a 122.6-mile course instead of the "true" 140.6-mile version mean you're a real IRONMAN? Can you cross the finish line and forever rep the M-Dot on your calf?

Luckily, this was my second IRONMAN event, so it wasn't as much of an issue for me as it was for first-timers looking to punch their IRONMAN ticket. But if you know anything about IRONMAN competitors, these Type A personalities had more than a few opinions to express.

Some athletes transferred and others complained, but little did everyone know that on race day, the event would end up more pass/fail than shooting for a new PR.

Much like the bike course, the swim and corresponding transition area were changed less than 48 hours before the race. Water quality issues in a section of Lake Woodlands meant we now had an out-and-back swim instead of a point-to-point.

The day started off like any other race—I finished pumping my tires, got my nutrition lined up on the bike and visited a Porta Potty. The rolling swim start is usually pretty straightforward, but with the last minute changes, the self-staging area was extremely disorganized.

I wound up stuck near the back with the slower swimmers, and I had to work to pass countless people in the water. Granted, I'm usually a mid-pack swimmer anyway, but it was tedious constantly swimming over people as I made my way around the lake.

Overall, though, the water was warm (81 degrees) and the course was clearly laid out. In fact, I thought the new route made for a better course—it had less turns, and we didn't have to walk a mile to the swim start in the morning as originally planned.

Once out of the water, I headed out of T1 covered in sunscreen and onto the controversial (and humid) bike course. With 88 turns in 94 miles, many athletes feared the course would be congested and splits would suffer.

After the first 30 miles of averaging almost 22 mph, I found myself really enjoying the bike leg. Despite having the deck stacked against them, the race directors pulled off a great bike course under immense pressure.

I followed my nutrition plan to the letter—I hydrated every 15 to 20 minutes, took one salt pill every 45 minutes and consumed 300 calories every hour. I was also able to keep my heart rate around 130 to 140 the entire time. Once I reached the dismount line, I felt fresh and ready to run.