Why I Run: From Deep Depression and Suicide Attempts to a 50-Race, Cross-Country Campaign 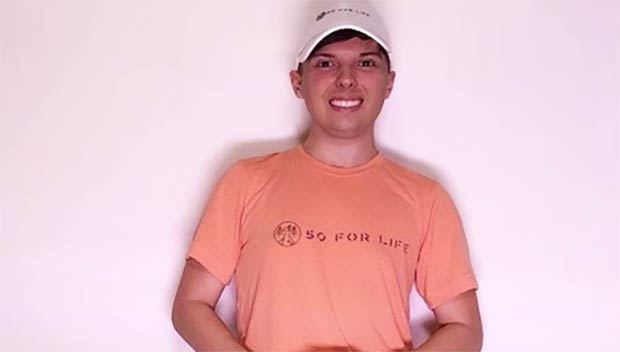 Running to me is like water to a fish. It's like a sixth sense that overshadows the other five senses. It's the way I've learned to connect to my inner self: You know, that passion for life that comes from the soul. It's my way of connecting with Earth, and escaping a world dominated by drama, judgment and negativity.

However, most important of all, running literally helped save my life by helping me find my purpose.

By the time I turned 20 years old, I was beginning to spiral into the deepest pits of depression. I hated my career, and it began to show in my work ethic. I had lost someone due to a very unexpected tragedy. I had been betrayed by others who said they would always be there, but they vanished in the wind. Truthfully, I even betrayed myself by allowing others to convince me to make business decisions that I didn't feel were right. I woke up every morning disgusted with myself and went to bed every night with a prayer that I would simply not wake from my sleep. It finally got to a point where the disgust stopped, and I simply didn't feel anything, anymore. The terrifying truth is: I went through all of this and hid the pain from everyone I knew with a smile.

View the original piece as published on Racertrips.com.

Wearing a Mask of Happiness

Before depression, I believe people would have described me as humorous and always smiling. Ironically enough, they would've said the exact same thing when I was at the darkest points of my life. For more than 5 years, I did a great job of covering it up. When I finally opened up, the vast majority of people were honestly stunned. I've joked that I deserve an Oscar for that performance, but honestly, as I write this, I still don't know how I kept things under wraps so well.

And my depression went a lot farther than hurting on the inside. I attempted suicide three different times over the course of the five years. Somehow, I still kept that covered up—even from my own family.

I've heard a million times how suicide is a selfish move on one's part. To those people, I just pray you never have to find out. Did I ever think I would end up in that mentality? Absolutely not! However, I did.

Fortunately, my final attempt was my turning point. It was a sunny August day. Warm but not hot. Actually, it was a bit on the cooler side for August in East Tennessee. Really, there was nothing about that day or even that week that "triggered" me. I just woke up and decided enough was enough. I was tired of waking and not feeling any emotions. I merely existed, and nothing more.

That day, I drove to a cliff that has a special meaning to me. Lots of happy memories there, and I had hoped that would be enough to change my mind. However, my distant happy memories had simply changed to painful recollections of a life that would never be.

If you are reading this and struggling with suicidal thoughts, please call the National Suicide Prevention Hotline at 1-800-273-8255. You matter! We need you! Don't give up! Call now.

I sat down and wrote out a substantial letter. A letter that was meant to be my final goodbye. Pain and tears poured onto the pages. I finally said everything that I had bottled up for so many years. After completing the letter, I walked to the ledge. I looked out at the beautiful scenery, but still, I didn't see beauty...only pain. Then, out of nowhere, I heard a notification on my phone. I probably had 800 from that day, but none caught my attention. That single tone woke me up.

The notification was from a post someone made on Instagram. Strangely enough, I don't even receive Instagram notifications, so it was obviously a miracle that it caught my attention. I sat down, read the post and cried like a baby. The post itself didn't have anything to do with depression or suicide. What it did have was a positive message that I needed at that very moment. I gathered my things, drove home and finally opened up to my family about what all I had going on.