The Coolest Things in Running: March 25 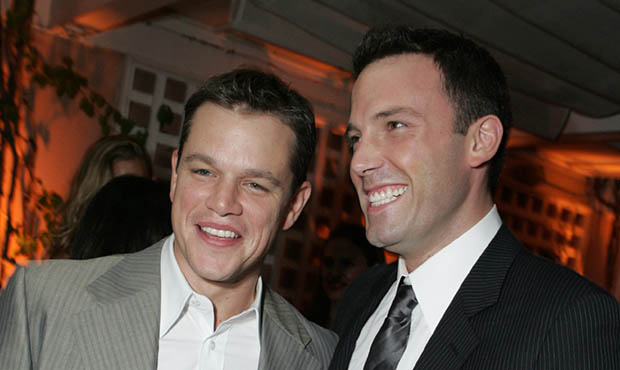 Casting calls are officially out for the "The Runner," a new, competitive reality show from the minds of two actors and close friends, Ben Affleck and Matt Damon.

The show revolves around one mysterious "runner," somewhere in the United States, whose goal it is to make his or her way to an undisclosed city, while avoiding detection from "chasers." The chasers, divided into groups of two, will try to find the runner before time runs out or another group of chasers beats them to it.

What's at stake? A pretty penny. Whoever completes their task first wins a million dollars.

The show has officially started casting, and all U.S. residents 21 years or older are eligible to apply.

Wondering if you're a runner or a chaser?

According to the site, runners must be "shrewd, tough, physically fit and independent" as well as "adaptive, resilient, street smart and great with strategy." As for chasers, who must apply as two-person teams, they must be "outgoing, clever and, yes, in good shape."

If you're up for a new running challenge with some serious prize money, we think you might just want to give this one a shot.

Two Scientists to Run Half Marathon at Sea

This Saturday, March 26, thousands of runners will be participating in the IAAF/Cardiff University World Half Marathon Championships in Cardiff, Wales. Among them are two scientists who plan to run the race over 8,000 miles away—at sea.

Yes, you read that right. 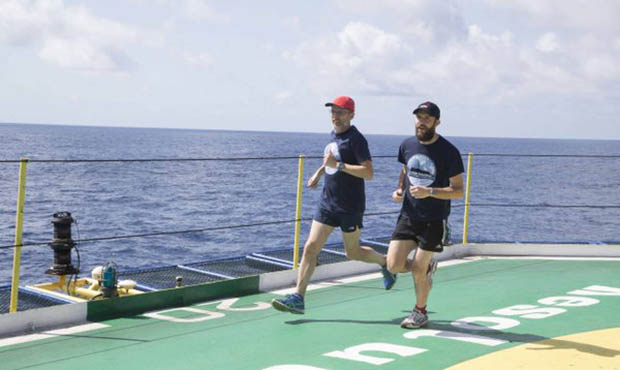 Ian Hall and Steve Barker, both professors with Cardiff University's School of Earth and Ocean Sciences, will be running their 13.1 around the helideck of their research ship, currently sitting off the coast of South Africa. They will have to run 328 laps in order to complete the full distance.

Hall and Barker have spent the last two months drilling deep into the ocean floor in search of answers on climate change. When not collecting sediment samples, they have been diligently completing their training runs on the ship's deck to get used to the feel of the ship—and the feel of the ocean underneath them.

Both are hoping for smooth conditions so they can run safely. Big waves and unexpected lurches mean the very real possibility of falling off the side of the ship.

The two scientists are completing the race to raise money on behalf of the Goedgedacht Trust, a South African charity focused on children growing up in rural and impoverished African communities.

The funds raised by Hall and Barker will be used to install solar panels at a safe house for children escaping domestic violence.