The Coolest Things in Running: April 22 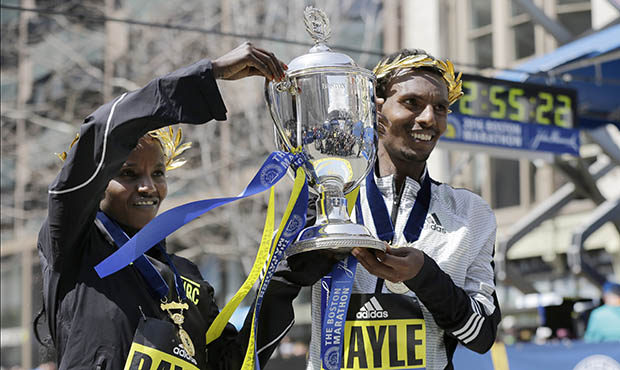 After an unexpected comeback victory at the Boston Marathon on Monday, Atsede Baysa wasn't done surprising people just yet.

At a media briefing the morning after the race, Baysa presented her Boston Marathon trophy—perhaps one of the most coveted running prizes out there—to Bobbi Gibb, the first woman to ever cross the Boston finish line.

Gibb first ran the race in 1966, dismantling the then-common belief that women were physically incapable of running long distances. She trained for two years to prepare and disguised herself as a man at the start so she wouldn't be detected.

Gibb, who was clearly surprised and emotional upon receiving the trophy, said she would only accept it under one condition—if she could personally return the trophy to Baysa, one year later, in her home country of Ethiopia. 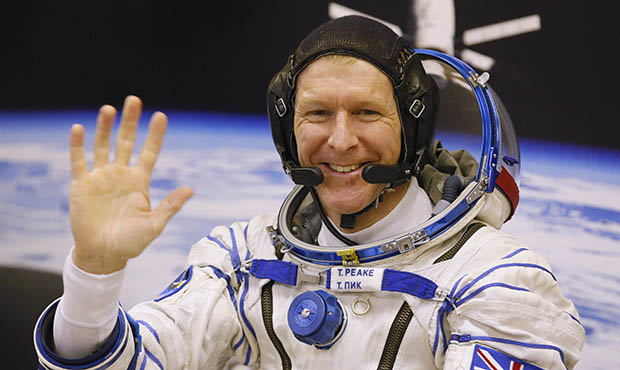 There's only two days to go until the London Marathon, one of the largest international races, and Tim Peake has been preparing diligently.

Eating extra food. Getting lots of sleep. And logging miles on his International Space Station treadmill.

That's right. Peake, a British astronaut, will be running his 26.2 in outer space. It's not the first time it's been done—Sunita Williams, a U.S. astronaut, ran the Boston Marathon from space in 2007—but it's also not without its special challenges.

For example, Peake has to wear a special harness that keeps his feet on the treadmill to counteract the weightlessness of space. And just like ill-fitting running clothes, it sometimes rubs the wrong way, creating blisters and sore spots.

Harness issues aside, Peake is hoping to finish the race in under four hours, while the space station circles the earth two and a half times. He will begin running at the same time as his earthly competitors, and will even follow along with the RunSocial app, so he can look at the route as he goes.

Peake's run will also raise money for the Prince's Trust, a charity that educates disadvantaged youth in Britain.