The Coolest Things in Running: April 1

For many Americans, Easter is a day of egg-hunting, church-going and brunch-eating. But First Lady Michelle Obama decided to up the health factor when she added a fun run to the agenda. 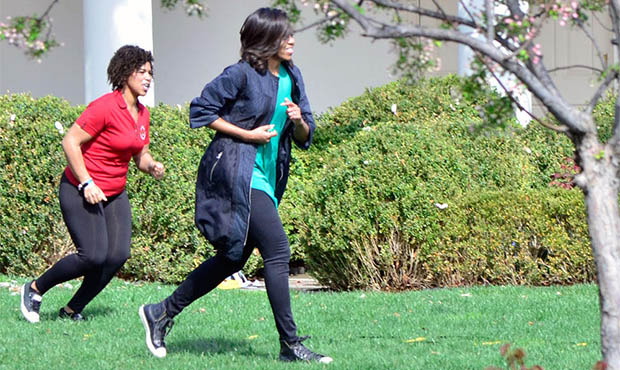 Each year, the White House hosts an Easter Egg Roll where thousands of children are invited to participate in a friendly egg roll race, as well as storytelling, musical performances and other activities. This year, the First Lady joined about 250 children for a short run around the White House, led by professional runners Amy Cragg and Shannon Rowbury.

Mrs. Obama is certainly no stranger to health and fitness. She started and still leads the Let's Move initiative, dedicated to solving childhood obesity in America.

As for President Obama, he did not participate in the fun run, but he did play basketball and tennis later that day. While those are not nearly as good as running (in our very non-biased opinion), he is the leader of the free world and we guess he can make his own decisions.

With the Boston Marathon only a few weeks away, Brooks, New Balance and Saucony have all created shoes inspired by the world-famous race. 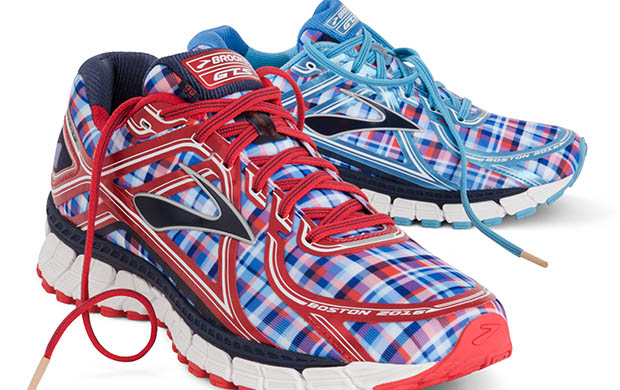 Brooks' best-selling shoe gets a preppy makeover with the Nantucket version of the Adrenaline GTS 16. Inspired by summers spent on Cape Cod, the shoe comes in two color styles of red, white and blue plaid. The shoes will be available starting today and retail for $130. 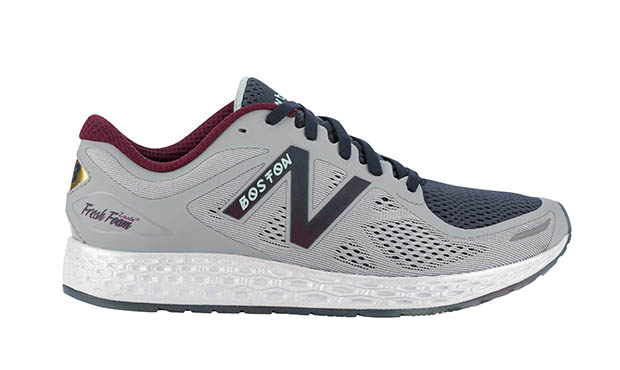 New Balance's Fresh Foam 1080 and Zante v2 get a Boston-inspired update with their crimson, grey and navy colors, gold aglets that read "Run Boston" and a cartoon map marking the city's location on the sock liners. The shoes will be available starting today at select stores in the Boston area and via New Balance's website. The Fresh Foam retails for $164.95 and the Zante v2 for $114.95. 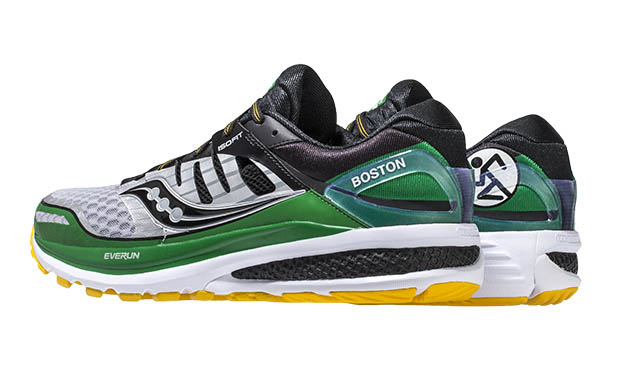 In a nod to both the Boston Marathon and the Massachusetts Bay Transportation Authority, Saucony created a "Green Line" version of their Kinvara 7 and Triumph ISO 2. The name refers to the Boston subway system (the oldest in the U.S.), which debuted in 1897—the same year as the race. The shoes are set to launch April 15 in select locations and will retail for $120 and $160, respectively.