Lactate Threshold 101: What You Should Know 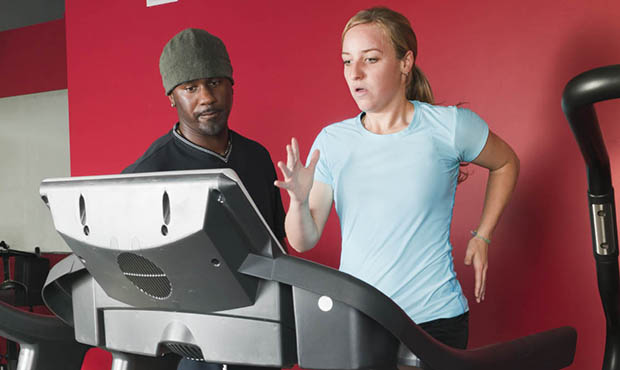 Lactate threshold, or LT for short, is simply the point at which lactic acid begins to accumulate in the blood at a faster rate than it can be removed.

But why should this matter to you?

Because as lactic acid is added to the bloodstream, it affects runners in one key, detrimental way: It slows you down—significantly.

For practical purposes, a runner's LT is typically the effort (or pace) that a well-trained athlete can sustain for 20 to 60 minutes. This typically falls between 82 and 87 percent of a runner's VO2 Max—stay with us here—which is a measure of oxygen consumption. Highly trained athletes can maintain their LT effort for 90 minutes or more.

Because determining your own LT can be a critical step in improving your running, more laboratories and performance-based clinics have started offering lactate threshold testing to the public, something that was once available to only an elite handful.

The question many runners are asking now, though, is whether an LT test is a good idea—or even necessary.

Technically, no. The overwhelming majority of long-distance runners, both rookie and veteran, can and will see consistent improvement if they train, fuel and rest correctly.

However, physiological testing to determine a runner's VO2 and LT can provide athletes with additional performance-based tools, giving them a better ability to listen their body and respond accordingly.

When and Where Should I Receive a LT Test?

If you are interested in performing a lactate threshold test, make sure to get it after you've established your baseline training, with a minimum of 10 to 12 weeks of running under your belt. Those who get a threshold test at the beginning of a training cycle, or in the aftermath of an injury, are essentially wasting their money since their LT will change rapidly in the opening days and weeks of a new training cycle.

To truly take advantage of an LT test, experts recommend two to three separate threshold tests within a competitive season, so you can determine at what effort tempo-based sessions should be designed.

These tests can be performed at designated clinics and laboratories across the country. A simple LT test typically costs between $150 and $300. VO2 max tests and other performance-based testing can be more expensive.