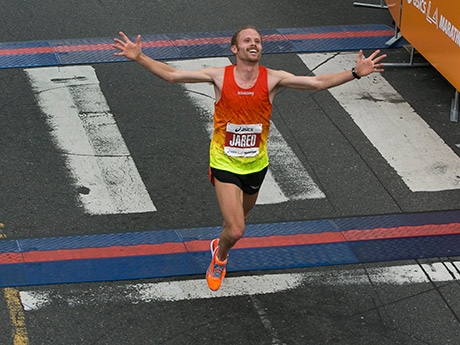 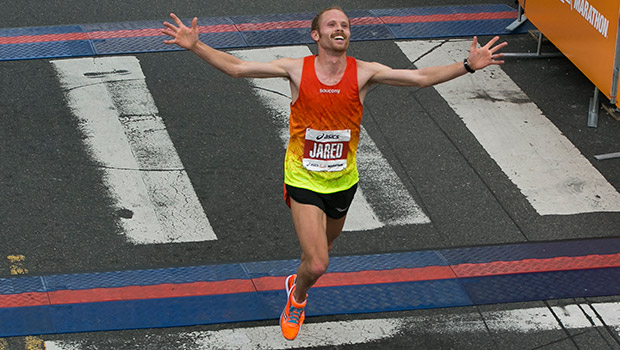 A decade ago—before he could even grow the bristly ginger mustache that’s become his race-day trademark and homage to his mentor—Jared Ward stood in front of a mirror swathed in a race kit he’d never wear and made a vow he’d never abandon.

He was a prep runner then, rangy and fast, who earned three state titles at Davis High School in Kaysville, Utah. But the biggest prize, a spot on Team USA for the 2007 Pan Am Junior Games, had just slipped through his fingers.

Ward finished third in the 5,000-meter run at the Pam Am qualifier; the top two runners would represent Team USA in Rio de Janeiro, Brazil. Ward was tabbed an alternate and fitted for a kit just in case.

“But I stood there looking at Team USA across my chest in the mirror,” Ward recounted, “and said that one day I would represent my country on the international stage.”

Ward, now 27, finally has that chance, and on a much grander scale than he ever imagined. In February, he punched his ticket to the 2016 Olympic Games after finishing third at the U.S. Olympic Marathon Trials. He’ll join Galen Rupp and Meb Keflezighi as Team USA’s entrants into the Olympic marathon, which, similar to the international competition he just missed, will take place in Rio.

When he crossed the finish line at the Trials in 2:13:00, he proved that kid in the mirror right. He also proved his wife downright prophetic. Erica Ward, then Erica Christensen, was Jared’s teammate in high school and later attended Brigham Young University as a hurdler. After a date one night in 2007, Erica told herself Jared would go to the Olympics someday, a prediction she kept to herself for more than two years.

Ward called the Olympics “a dream but never a goal” until he clocked a 2:12:56 at the 2015 Los Angeles Marathon, only his third race at that distance. Now firmly among the world’s best distance runners, he’s logging 120 miles a week to prepare himself for Rio. Relentlessly analytical, he’s learning something about running, and about himself, with every mile logged.

And whether you’re training for your first marathon, your fastest, or to qualify for Boston, here are seven things you can learn from this Olympian.

Remember That It’s a Long Race

This well-known proverb means to slow down and focus on the long term. And there’s a reason people often quote it; unlike a 5K, where your speed shines, a marathon tests your patience, fortitude and resilience. In a marathon, Ward says, your biggest competition is not the runners around you but the distance itself.

“Respect the distance,” he says. “It’s a really long race.”

Even in the closing miles of the Trials, Ward wasn’t convinced he could hang on and make the Olympic Team.

“When I watched the race on TV afterward, it seemed like my family, friends and supporters were celebrating my Olympic berth before I was,” he says. “In a lot of ways, if you guys had been in my head at mile 23, 24, 25, you wouldn’t have been celebrating yet. I felt like I was made of lead. There were a lot of times when I felt like I was going to take another two steps and crumble over my legs.”

Though he held a lead of more than a minute over fourth-place Luke Puskedra, Ward never took for granted his standing in the race, or that he’d finish it at all. He was so dehydrated that he was no longer sweating, even in the nearly 75-degree heat of Los Angeles (the hottest Olympic Trials on record). Only after Ward made the turn into the final stretch did he finally celebrate. He crossed the finish line and collapsed in a heap “somewhere between prayer and death” while Keflezighi doused him with cool water.

“The marathon is hard,” Ward says with a chuckle. It’s a hollow, laugh-to-keep-from-crying kind of chuckle.

Pick the Right Pace—and Keep It

Some coaches and athletes preach starting conservatively to bank energy then picking up the pace later as the race unfolds, a so-called “negative split” strategy. Not Ward. He suggests trying to run each mile of a marathon at about the same pace.

If your goal is to average 10 minutes per mile, then run as many miles as you can at that pace, beginning early on. “If you start out too slow,” Ward says, “there’s a chance you’re going to leave time on course. And on the other hand, if you get excited too early, you’ll really pay for it on the back end.”

Consistent pacing also helps you run your race and doesn’t tempt you to follow racers who may be jockeying for position with many miles still to go.

Ward executed this strategy to near perfection when he ran the first half of the Olympic Trials in 1:06:31 and the second half in 1:06:29. But, more than that, he’s also studied the science behind it. In 2015, he earned a master’s degree in statistics from BYU and wrote his thesis about—you guessed it—effective marathon pacing. His research showed that racers who ran a faster marathon (those who earned a Boston-qualifying time) were better at consistent pacing than those whose pace fluctuated.