Do You Speak the Language of Running Coaches? 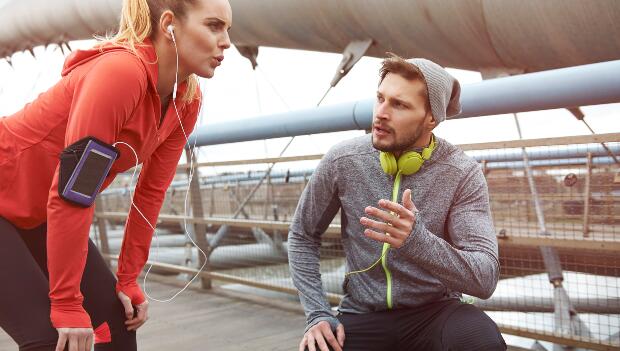 While recently visiting my alma mater, the University of Connecticut, I was treated to a conversation between the esteemed, veteran UConn head coach Greg Roy and three of his young collegiate freshman.

Coach Roy: "Guys, we are looking at a snowball 8K to open our workout today, followed by two cook miles and concluding with an 'up and down the river' piece on the track."

Freshman Runner: "Coach, what are snowballs and cooks? And the 'up and down the river' piece—is that the trail near the creek?"

A Language All Our Own

Long-distance running, like so many other sports, has its own unique language—terminology for all the subtleties and overt characteristics of both training and racing. And for every "unique to the sport" term, there are dozens of coaches with other terms for the same thing. For every ubiquitous term like fartlek or tempo, there's another that only a discerning athlete would understand.

The great coach Bill Squires is, among other things, renowned for his unique terminologies in the coaching world.

"It took me more than a year with Coach Squires to figure out half of the language he was using," says accomplished road runner Patti Catalano-Dillon, formerly ranked number one in the world. "In the midst of a run he would tell me to give him a 'boom' or a 'zip,' and I just assumed they were gear changes. However, just how long or intense those gear changes were meant to be was a language all its own—which took a while to fully grasp."

In addition to booms and zips, Squires also loves "easy-steady," "grinding," and "power away" as terms for different levels of intensity and duration. With that in mind, let's dive into more running lingo used by coaches around the country and the globe.