Chasing Cheaters: The Sheriff Tells All 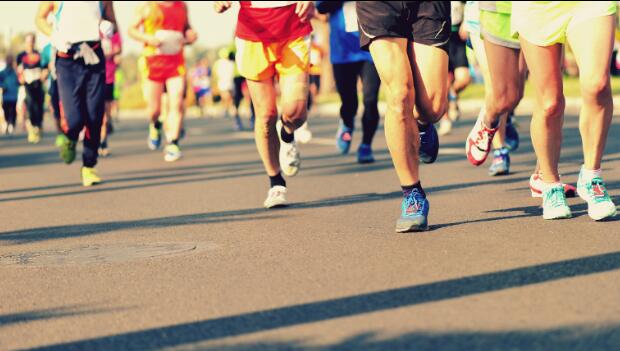 Winners never cheat and cheaters never win—so long as Derek Murphy has anything to say about it.

In May 2015, Murphy, a 10-time marathon finisher, launched marathoninvestigation.com, a blog where he details his detective work and invites others to report incidents of suspected cheating. Murphy says he has identified and reported dozens of runners who cheated to get into the Boston Marathon and participated in the race.

These days, his focus is stopping cheaters before they participate in the prestigious event.

"Most of the runners I've identified as having qualified for Boston '17 illegitimately have been disqualified from their qualifying races and removed from the Boston entry list," he says.

Murphy will sift through photos from the race and research runners' race histories for time patterns.

The Ohio blogger has also discovered hundreds of cases of course-cutting in other races, "but most of these weren't Boston qualifiers, so I did not inundate the race directors," he says.

In addition to course-cutting, bib number abuse is a problem. For example, "bib swapping"--when a faster runner switches numbers with a slower runner to help the latter post a "qualifying" time--is a common way runners cheat to get into Boston, the sleuth says.

Murphy, who works as a business analyst and investigates race results as a hobby, downloads race results from Boston Marathon-qualifying events, puts them into a spreadsheet and filters out the Boston qualifiers.

"I calculate all the split times to look for anomalies," Murphy explains. "I look for large negative splits, missing splits, and any individual splits that are significantly faster than the runner's overall pace. Just from looking at the data, you can tell that some runners cut the course."

He will also sift through photos from the race and research runners' race histories for time patterns.

"Sometimes I look at social media and Strava," he says. "If a runner posts GPS data for their run, that serves as useful evidence that they either cheated, or that they ran the entire course."

T.K. Skenderian, spokesman for the Boston Athletic Association, the marathon's organizer, says the BAA works with hundreds of qualifying races around the world "to ensure that the results they send us are accurate."

If the BAA is notified about a questionable result in a qualifying race, that event organizer will research the matter.

"If they decide to change their results, and the performance of an individual is no longer valid, we can then take action to remove someone from our field of entrants," he says.

Murphy's investigation gets more complex when he looks for runners who ran Boston and likely cheated in their qualifying races to get there.

"Since Boston assigns bib [numbers] based on qualifying times, I am able to estimate each runner's qualifying time, and identify what race they qualified at using a database of marathon results," Murphy explains.

"From there, with some help from others, I have developed an algorithm that I use to prioritize which runners to review. The current method takes various data to generate a runner's predicted finish time in Boston based on their qualifying race data. Those that have the largest variances are the first I will look at."

Many runners run slower at Boston than in their qualifying race, but that doesn't necessarily mean they did anything dishonest to get there.

"I am not going to accuse anyone of cheating based on this list," he says. "It just is a tool that determines the order in which I review the runners."

The hardest cheaters to nab? Those who participate in Boston Marathon-qualifying events that don't have timing mats throughout the course. Murphy says he can dive into photos and historical times for evidence that a particular runner cheated, "but for those races, it is hard to find irrefutable proof."