Pitch a Tent in the Best U.S. Wine Regions 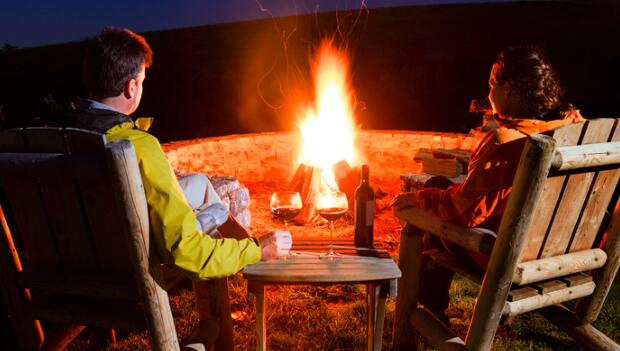 Did you know every state in the U.S. produces wine? What's more, most of the popular wine regions--think Napa Valley, Rogue Valley and Shenandoah--have something else in common: they're all located near campgrounds.

Enjoy your traditional morning hikes and dinners around the fire, and then add a little wine-tasting to the day's agenda for a camping trip unlike any other.

California boasts several winery-dense areas, many of which are located along the coast. The most robust regions that have nearby campgrounds are Sonoma and Napa in northern California.

Chardonnay is the most common variety in this region, although there are plenty of varietals and reds such as Cabernet Sauvignon and Pinot Noir available.

Sonoma State Beach has more than 100 campsites. When you're not relaxing at the campsite, walk along the beach, explore tide pools, watch the seals, or go fishing.

Just east of Sonoma is Napa Valley, with nearly 500 wineries. Despite its high concentration of wineries, Napa is actually one of the smallest wine-growing regions in the world, at just 30 miles long and a few miles wide, according to the Napa Valley Vintners Association.

With a variety of microclimates and killer soils, growers produce many styles of wines, from Cabernet Sauvignon, Merlot and Pinot Noir to Chardonnay and Sauvignon Blanc.

Bothe-Napa Valley State Park has 53 campsites, with one group site, 25 standard sites, 17 tent-only sites and 10 yurts. When you're not wine tasting, hike to Coyote Peak, or relax with a picnic next to the trailside creek.

Oregon is the country's third-largest wine-producing state and has almost 500 wineries and 300 tasting rooms. It's best known for a stellar Pinot Noir. Of the 22,000 acres that vintners harvest in Oregon, more than 15,000 acres are devoted to this variety. You'll also find Pinot Gris, Chardonnay, Syrah and Riesling.

While wineries can be found all over the state, the primary growing areas are Willamette Valley and southern Oregon.

On the western edge of Oregon is the Willamette Valley, the largest producing wine region in the state. Pinot Noir is king here because the cool-climate grapes used to make this variety appreciate the valley's cool winters and dry summers, according to the Oregon Wine Board.

Willamette Mission State Park is eight miles from Salem, located on 1,600 acres of land, which includes woodland to wetland and rolling hills. You can reserve tent and horse campsites only.

There are quite a few wineries in this area, off Interstate 5 and clustered around the historic town of Jacksonville. Make basecamp at the nearby Valley of the Rogue State Park. The Rogue River makes this state park a great spot for fishing, boating, and rafting. The campground has more than 170 sites, some for tenting, some for RVs.