Should You Drink Water or Sports Drinks When Running? 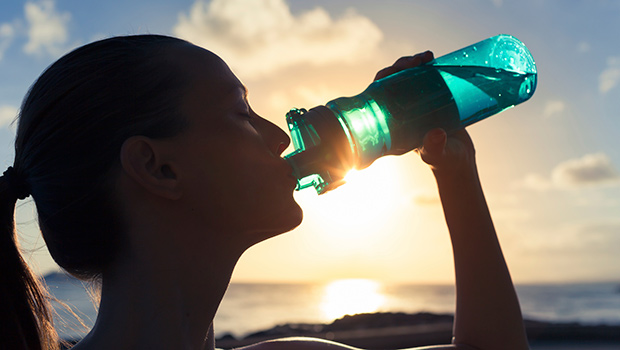 If you watched the 2016 U.S. Olympic Marathon trials, you may remember Shalane Flanagan's grueling struggle to reach the finish line. Her severe dehydration almost ended her race at mile 23, proof that sometimes even elite athletes don't always get hydration right.

Dehydration doesn’t just wreck your performance during a run, however; it can also impair recovery afterwards.

Want to ensure you stay hydrated through your runs? Follow these simple guidelines.

Drink enough that you're no longer thirsty, but don't go crazy.

"There is no benefit to drinking anything extra,” says Matt Fitzgerald, sports nutritionist and author of “The New Rules of Marathon and Half-Marathon Nutrition.” “Unlike camels, humans can't store water for later use. If you drink more than you need, you'll only increase the likelihood of needing a bathroom break during a run.”

Takeaway: Pre-race guzzling will only lead to more bathroom trips and a sloshing stomach.

If you get significantly thirsty during your workout, reach for a water bottle. If that thirst is coupled with a high level of fatigue, however, you may need to reach for something more.

“In workouts that are long enough to produce significant thirst and a high level of fatigue, a sports drink is best, as it will provide an energy source while also attenuating dehydration," Fitzgerald says.

Takeaway: Drinking to satisfy your thirst is enough. More than that can lead to gastrointestinal discomfort.

During longer races (half marathon or more), it’s important to get 200 to 300 calories an hour, which is difficult to track with sports drinks, says Dr. Stephanie Howe, winner of the 2014 Western States 100 and PhD in Nutrition & Exercise Physiology. Howe suggests pairing gels with water.

Takeaway: Longer distance runs require precise fueling to make up for what your body loses.