What Is a Gran Fondo Cycling Race? 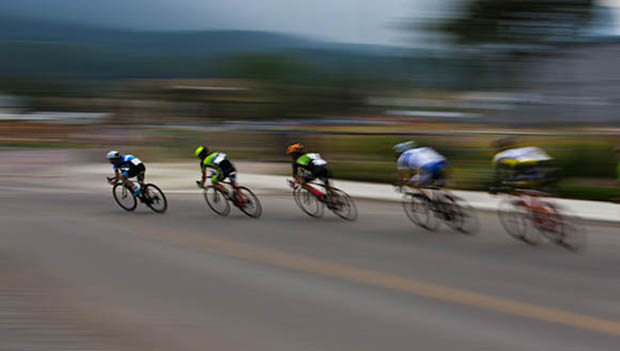 While marathons and IRONMAN events are known as the premiere endurance events for runners and triathletes, the gran fondo is quickly becoming the most popular style of racing for amateur cyclists around the globe.

But what exactly is a gran fondo, and how does it differ from more traditional century rides?

The History of the Gran Fondo

The town of Cesenatico, Italy, hosted the first gran fondo (loosely translated as "the big challenge") on July 12, 1970. This style of event was created as a way to honor pro cycling legends or races and usually occurs in the hometown of a pro cyclist or over an iconic race route.

Popularity of gran fondo races eventually spread throughout Europe and were sometimes known as cyclosportives or l'etape in Great Britain and France. In Italy, more than 100 gran fondos  take place annually between the months of February and October.

According to the Italian Cycling Federation, a gran fondo race must be a timed race at least 74 miles (120km) long, and prizes and awards must be issued to top finishers in each category.

In addition to those minimum requirements, most gran fondos go above and beyond with a multi-day celebration featuring music, food and beverages local to the region where the race is held. Though the race courses are meant to cover difficult terrain, most gran fondo events also include shorter-distance races for beginner and intermediate cyclists.

Gran Fondos in the U.S.

Just like in Italy, gran fondos in the U.S. are meant to be ridden by cyclists of all ability levels. A few of the larger gran fondo events take place over several days, and most are led by local pro cyclists. George Hincapie (Greenville, South Carolina), Levi Leipheimer (Santa Rosa, California) and Lance Armstrong (Aspen, Colorado) are a few former pros who have led some of the more popular gran fondos in the last few years.