Tips on Mental Toughness from a World Champion Cyclist 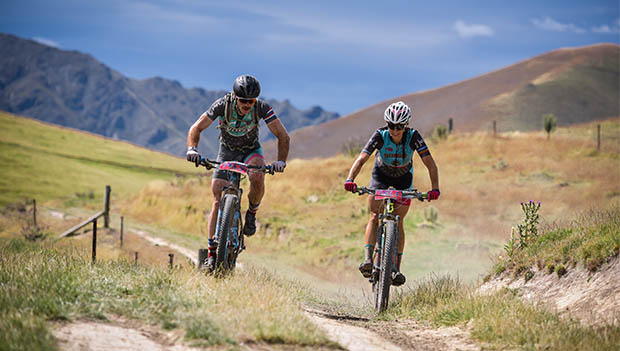 "It's not that everything happens for the best, but instead that we can make the best of everything that happens." — Tal Ben Shahar

The terrain was rugged and barren. My lungs and legs furiously burned as I charged up another 20 percent grade dirt climb. I was racing the Mixed Category at a seven-day stage race called The Pioneer across the South Island of New Zealand a few months ago with friend and teammate, Gordon Wadsworth. We spent months preparing for this event—made sacrifices, trained through the frigid winter when most people were enjoying an offseason and even skipped the extra holiday cheer during Christmas. We wanted to win this race and all pistons were firing over the brutal 340 miles and 50,879 feet of climbing. The reward of our effort was actually happening!

After great teamwork and relentless perseverance, we took over the lead by several minutes. It was almost surreal that we would take over the leader’s jersey after working so hard.

And then the unthinkable happened.

I heard a yelp, looked over my shoulder and saw Gordon’s bike in the air through a plume of dust. He told me to keep going, but when he didn’t catch up, I knew something had gone very wrong. Riders were barreling down on me as I rode back up the hill to find him and discovered that the crash had resulted in a very bad mechanical. In a split second, we went from taking over the lead at this prestigious event to the possibility of dropping out of the race completely.

We suffered so much and worked incredibly hard only to have a freak accident rip everything right out of our hands.

As we sat still watching our hard-fought lead slip through our fingers like sand in an hourglass, Gordon worked his magic trying to fix his bike. I watched people fly down the hill with quizzical looks, including our competition. After losing 30 minutes on the side of the trail, we finally got back up and riding. The good news was that Gordon’s mechanic skills would put MacGyver to shame, and we would at least be able to finish the race.But the bad news? We suffered so much and worked incredibly hard only to have a freak accident rip everything right out of our hands.

How were we supposed to respond, with cameras in our faces the moment we crossed the finish line. How would we respond when people said, “Wow, you almost won the race.”